Lionel Messi has revealed how he received the news that he wasn’t going to be staying at Barcelona.

The Argentinian maestro was forced out of the Camp Nou after the club’s financial restrictions meant his 20-year stay couldn’t be prolonged – and it clearly cut him deep.

“My father told me the news at home,” Messi told Guillem Balague in an interview for the BBC.

“He’d been in to see [Barcelona president Joan] Laporta and when he came back, he told me and wanted to prepare me before telling Antonela and the kids.

“I then told her and we cried, we were very upset and then we spoke about the best way to break the news to the kids.

“Because in December we’d said we were going to stay, and we knew this would be a big shock for Thiago especially.” 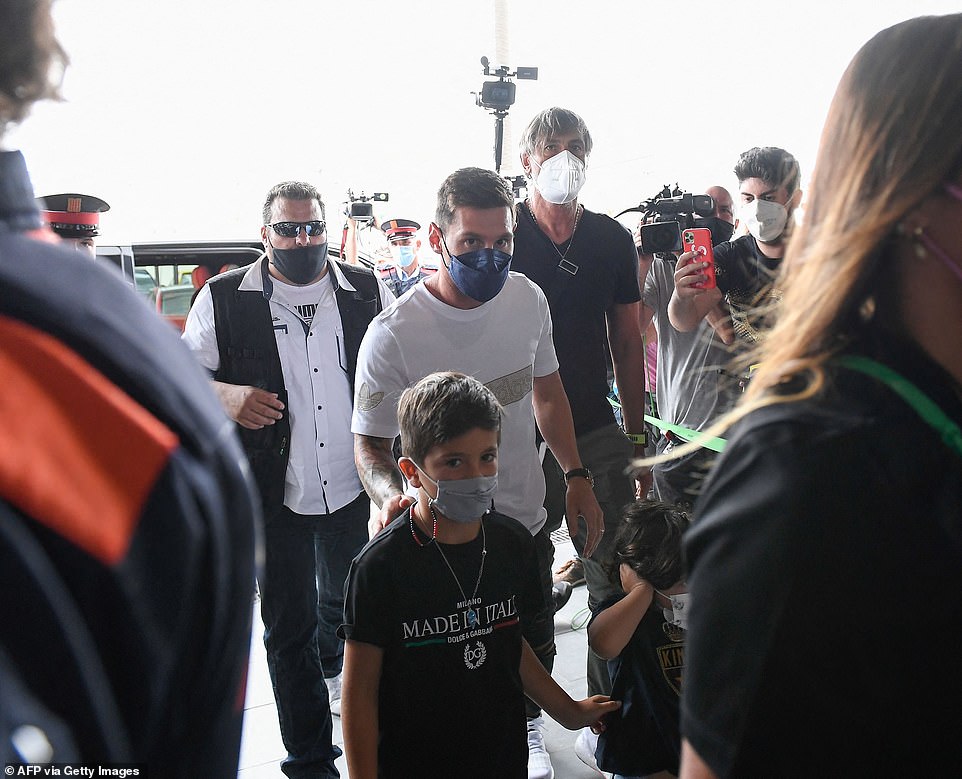 Messi is nonetheless hopeful that his three boys will adapt quickly to their new life.

“A lot of the time we think too much, only for the boys to accept things in a way we hadn’t expected.

“Thiago knows he’s like me, that we suffer inside without saying anything.

“But it’s also nothing too serious. He’ll adapt like everyone does.

“It’s going to be a new experience for him and he will grow personally.

“After Barcelona told us the news, we didn’t know what we would do.

“We didn’t have anywhere to go.

“It was difficult up to the point when I’d said goodbye to people.

“But once the agreement with PSG was done I could only look forward.

“We’ll now start to prepare ourselves individually and as a family for this change.”

Messi revealed he had been in touch with great friend Neymar along the way.

“When my father started talking to [PSG sporting director] Leonardo, Neymar was aware.

“He started telling [PSG players and Argentina teammates] Leandro Paredes and Angel Di Maria that it could happen.