A World Cup qualifier between Brazil and Argentina was halted just minutes after kickoff on Sunday after Brazilian health officials objected to the participation of three Argentine players they say broke quarantine rules.

Argentina walked off the pitch at the Corinthians arena after the officials entered the pitch to stop the game.

The players went to the dressing room, although the two coaches, along with Argentina captain Lionel Messi and Brazilian players, gathered at the side of the pitch a few moments later to discuss the stoppage.

It was not clear whether the game would continue.

The incident occurred just hours after Brazil’s health regulator Anvisa said four Argentine players must isolate and could not play in the match.

The three were among four Argentine players who play in England’s Premier League.

Under Brazilian rules visitors who have been in the UK in the 14 days before entering the country must quarantine for 14 days on arrival.

Brazil’s health regulator were tipped off the four did not state that information on their immigration forms and on Sunday said they confirmed the details given were “false”.

“Anvisa considers the situation a serious health risk and so has asked local health authorities to determine the immediate quarantine of the players, who are stopped from participating in any activity and should be prevented from remaining on Brazilian soil,” Anvisa said in a statement.

Nevertheless, no action was taken and the three, along with Emiliano Buendia, were allowed to travel with the Argentine team from the hotel to the Corinthians arena.

Buendia and Martinez play for Aston Villa and Lo Celso and Romero are with Tottenham Hotspur.

The confusion comes amid continuing anger in South America at rules which have robbed several teams of key players for this month’s three World Cup qualifiers.

Brazil are without nine key men for Argentina game, and other South American sides have also lost players due to a decision by some European clubs not to let their players travel to the continent. 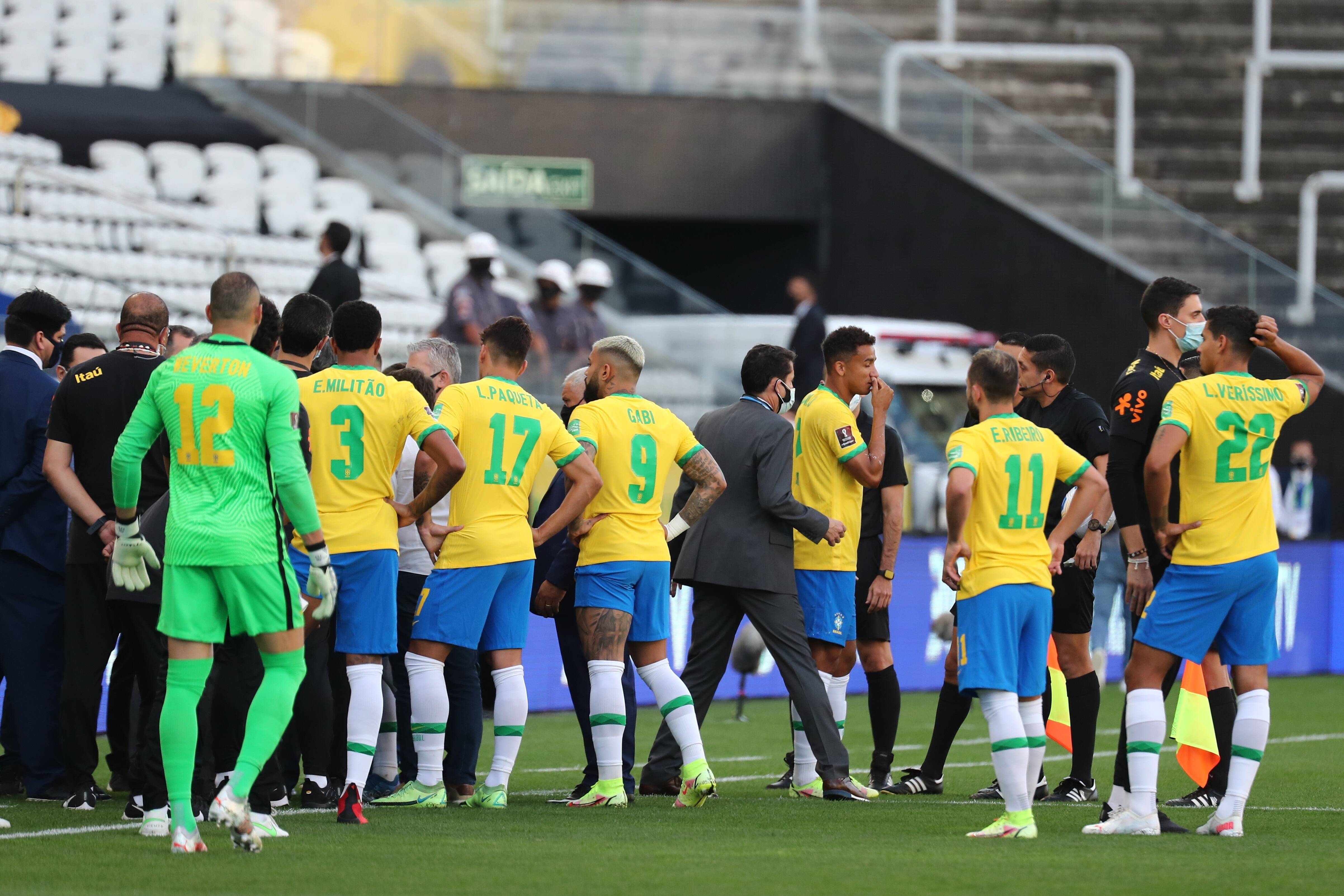 They would have to quarantine on return and the clubs do not want to lose their players for subsequent league games.

Aston Villa said the two Emilianos had agreed to return to their club after the Brazil game and miss Argentina’s game against Bolivia on Tuesday. The Argentine Football Association, however, said they would play all three games.