Samuel Kalu collapsed on the pitch just five minutes into his side’s Ligue 1 clash with Marseille on Sunday night.

But after receiving treatment from medical staff, the Nigeria international was incredibly allowed to play on.

The 23-year-old Kalu had been preparing to form a defensive wall at a free-kick when he collapsed to the turf in the 25 degree Marseille heat.

Amid searing temperatures at the Stade Velodrome, medics carrying a stretcher rushed to attend Kalu.

Concerned team-mates formed a human shield around him, the like of which was seen when Christian Eriksen suffered a cardiac arrest during Euro 2020. 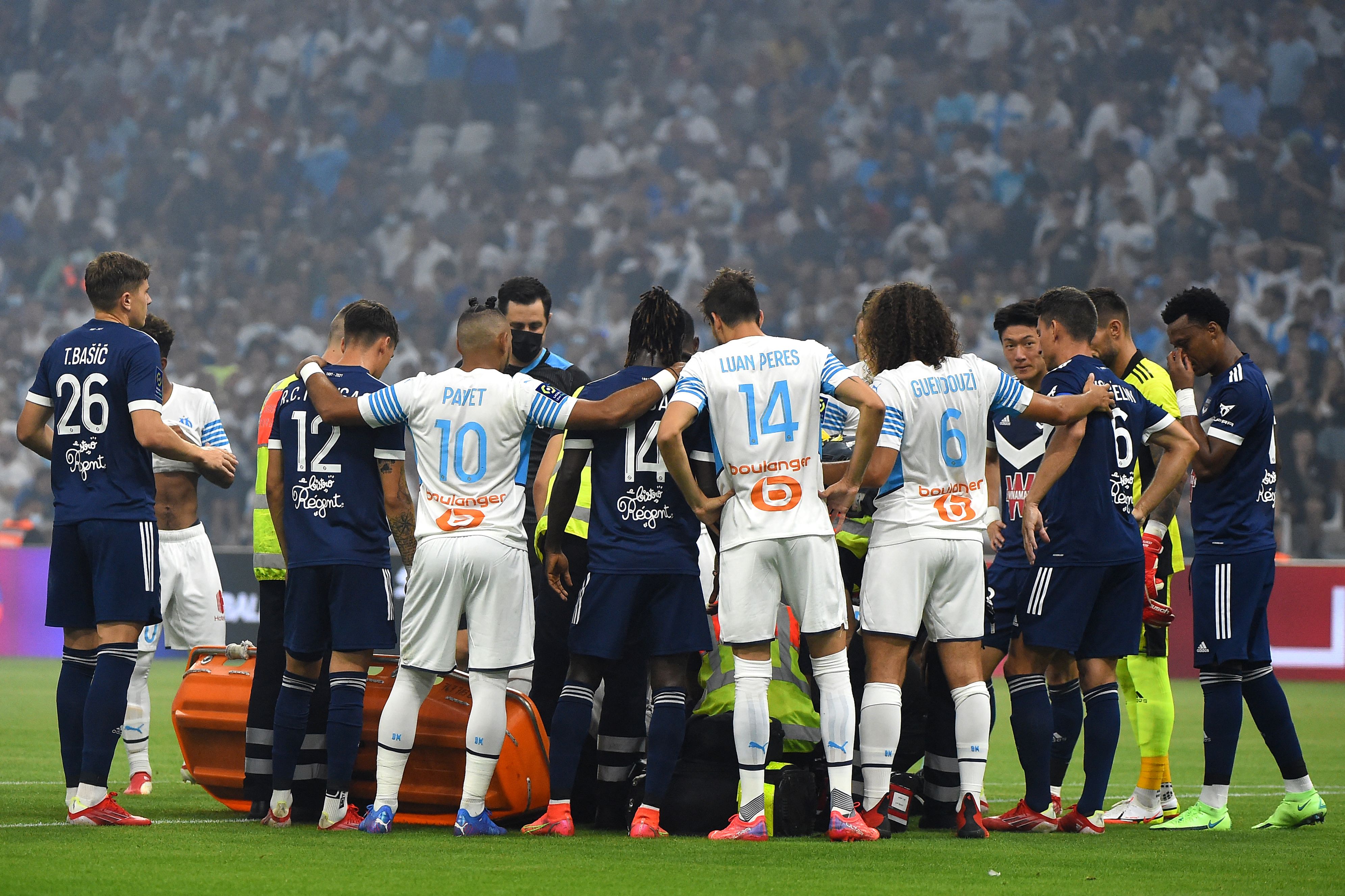 Thankfully, however, the Nigeria international resumed playing several moments later but appeared groggy  before the decision to come off was taken out of his hands.

He did touch the ball again in the match, but was soon replaced by Remi Oudin.

The Nigerian was thankfully able to walk off

Opposition fans stood up to clap him off at Stade Velodrome.

The cause of the incident is not yet known.

Although it was not the first time Kalu has collapsed on the football pitch.

The winger was rushed to hospital on the eve of Nigeria’s Africa Cup of Nations opener in Egypt back in 2019.

Kalu collapsed in training on that occasion, due to what was described at the time as ‘severe dehydration’.

He had been taking a corner when the scary incident occurred, but was thankfully okay after treatment.