The celebrations don’t appear to be stopping any time soon for Italian footballer Marco Verratti after he tied the knot Thursday for the second time when marrying model girlfriend Jessica Aidi – just days after beating England at the Euros.

Verratti and the brunette beauty wed in a lavish Paris ceremony, surrounded by their family and friends, with the bride donning a daring cream lace suit for the occasion. She completed her look with an eye-catching gold necklace and strappy white sandals.

Jessica, 29, was first spotted with father-of-two Verratti, 28, at the Monaco Grand Prix in 2019, just months after the PSG footballer announced his divorce from wife Laura Zazzara.

The couple looked the epitome of glamour as they left the wedding ceremony together hand-in-hand, believed to be alongside Verratti’s two children Tomasso and Andrea. 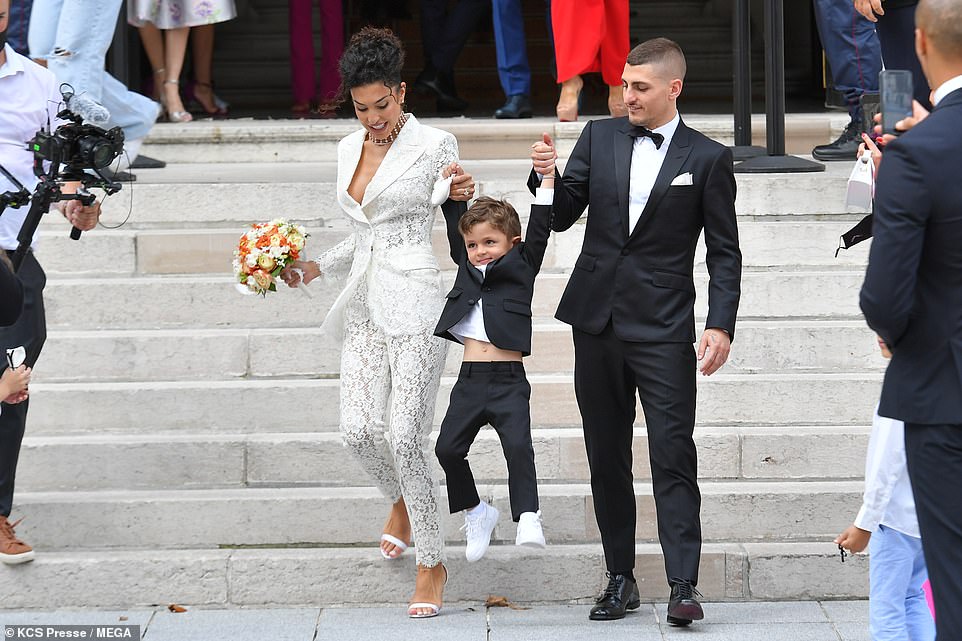 The footballer appeared handsome in a black suit with a matching bow tie and crisp white shirt, while his children matched his dashing ensemble.

Looking loved-up, the couple shared a sweet kiss on the steps of the Paris building before posing for photographs together.

Adding a touch of colour to her bridal outfit, Jessica held a vibrant bouquet of flowers in her hand, featuring orange and white roses.

The couple first went public in October 2019 when they dazzled on the front row of Paris Fashion Week and have gone from strength to strength in the months since.

Jessica, who appeared in Sports Illustrated 2019, regularly shares snaps of her five-star adventures with her 322,000 Instagram followers. 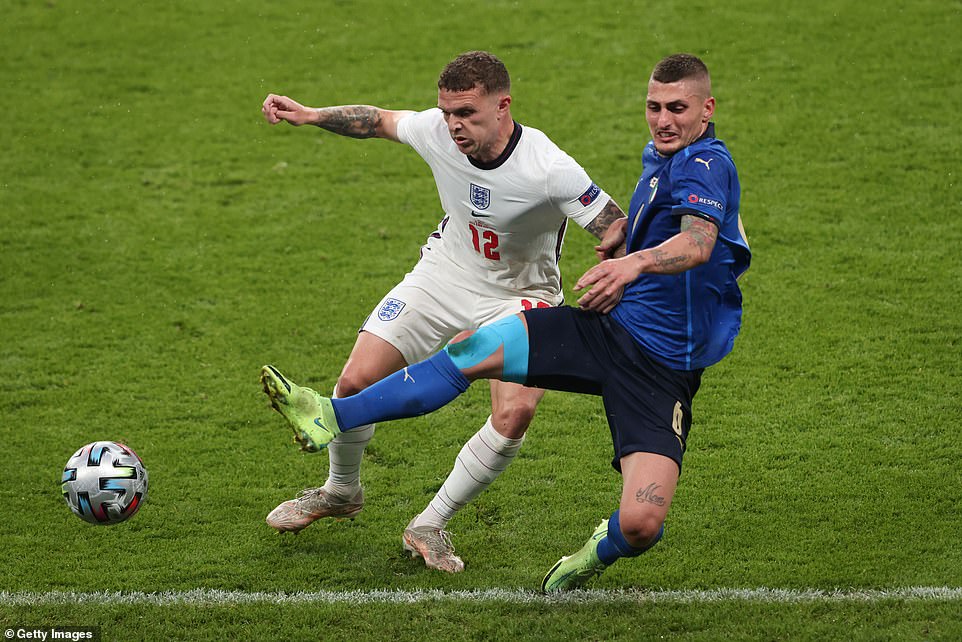 The footballer, who has two children from his previous relationship, popped the question at the start of the year in a lavish desert proposal.

Verratti played in a midfield position during Sunday’s match, with Italy winning on penalties against England. The footballer joined PSG aged 19.