The former Manchester City striker has told his lawyers to find a way out of his contract, according to Beteve’s ‘La Porteria’ programme, following his Argentine compatriot’s exit after 21 years with the Catalan giants. 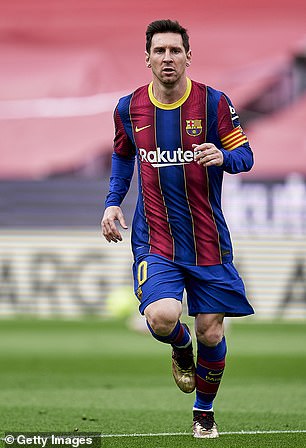 Aguero made no secret that he joined Barca ahead of several other top-flight European suitors specifically because he wanted to play with his close friend and six-time Ballon d’Or winner Messi.

Just days before joining Barca, Aguero was delaying signing the deal in order to be absolutely sure his Argentina team-mate was definitely staying.

Aguero, 33, is said to be incensed that Messi has left after he was promised that the two would play together and that Messi’s contractual issues would be resolved.

La Porteria reports that Aguero’s ‘future at Barca does not look good’.

On signing for Barca in May, Aguero said: ‘Of course I hope to play with Lionel. I know him so well, we’re good friends.

‘What happens with Leo is a decision that he and the club will make. It is a pride to play with him. I’ve played with him in the national team.’

The race for Messi’s signature has exploded despite the news of his bombshell Barca exit only coming on Thursday evening.

Paris Saint-Germain are said to be on the brink of signing the Argentine to a two-year contract with the option to add a third year.

Khalifah Bin Hamad Al-Thani, a relative of PSG president Nasser Al-Khelaifi, appeared to confirm on Twitter on Friday evening that negotiations were ‘officially concluded’ and full details would be announced ‘later’.

Ironically for Aguero, Messi’s close relationship with PSG star Neymar may be a key factor in his move to the Ligue 1 side. 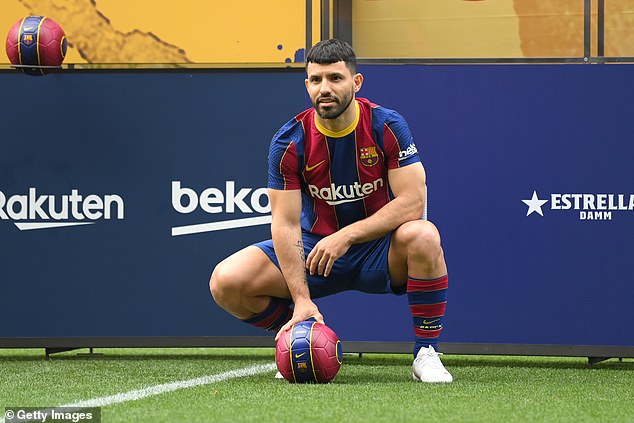 Messi and Neymar played together for several years at Barcelona, and the Brazilian is said to have spoken to the Argentine days before the shock news of his exit from Barca.

Neymar posed for photos with Messi after Argentina beat Brazil in the Copa America final last month and is even rumoured to have offered his international rival his number 10 shirt at the Parc des Princes.